JEFFERSON CITY, Mo. – On Aug. 20, DHSS issued a health advisory to providers and partners regarding severe lung disease associated with vaping. The Centers for Disease Control and Prevention (CDC) reports

there have now been 193 potential cases of severe lung illness associated with vaping in 22 states from June 28-Aug.20. The CDC is assisting several states in investigations of clusters of pulmonary illnesses linked to e-cigarette product use, or “vaping,” primarily among adolescents and young adults.

The Illinois Department of Public Health reported on Friday the death of a patient who contracted a serious lung illness after vaping, and it is being considered the first death in the United States linked to e-cigarette usage.

While some cases in each of the 22 states are similar and appear to be linked to e-cigarette product use, more information is needed to determine what is causing the illnesses. Even though no recent severe lung disease associated with vaping has been confirmed in Missouri to date, the Missouri Poison Center has received over 600 calls with various complaints related to e-cigarettes over the last 10 years, and has managed over 30 cases with breathing difficulties associated with vaping over the last 5 years.

Patients presented with cough, shortness of breath, chest pain, and fatigue, which became worse over days or weeks before hospital admission. According to the CDC, in many cases, patients have acknowledged to health care personnel recent use of tetrahydrocannabinol (THC)-containing products. However, no specific product has been identified in all cases, nor has any product been conclusively linked to illnesses. Even though cases appear similar, it is not clear if these cases have a common cause or if they are different diseases with similar symptoms.

“We are engaged with the CDC and other state health departments throughout the U.S. and are monitoring the recent trend of severe acute pulmonary disease associated with e-cigarettes,” said Dr. Randall Williams, director of the Missouri Department of Health and Senior Services (DHSS). “In an abundance of caution, we want to share this information with not only providers but also the general public, even though at this time, it is unclear what the etiology of the disease is in these affected patients.”

Helpful information for teens, parents and health care providers can be found at these resources:

About the Missouri Department of Health and Senior Services: The department seeks to be the leader in protecting health and keeping people safe. More information about DHSS can be found at http://health.mo.gov or find us on Facebook and Twitter @HealthyLivingMo.

Over 400 cases reported statewide in hepatitis A outbreak in Missouri
Missouri DHSS urges at-risk population to get vaccinated
For Immediate Release:
Aug. 21, 2019

JEFFERSON CITY, Mo. – From September 15, 2017 to August 20, 2019, there have been 414 hepatitis A outbreak-associated cases in 35 Missouri counties. Of the cases reported, there have been 233 hepatitis A outbreak-associated hospitalizations and 2 hepatitis A outbreak-associated deaths. The disease appears to be spreading through direct person-to-person contact, mostly among people who use illicit injection or non-injection drugs and their close contacts.
Local public health agencies across Missouri are working to vaccinate at-risk populations to help stop the outbreak. According to the Centers for Disease Control and Prevention, these populations include people who:
Use recreational drugs;
Are experiencing homelessness;
Are men who have sex with men;
Are in treatment or counseling for substance abuse;
Are receiving drug substitution treatment and/or participate in drug court;
Work or have been detained in jail or a detention center; or
Have close contact with the above group(s) or a confirmed hepatitis A case
Members of at least one of these at-risk groups who have not been vaccinated against hepatitis A, can contact the local public health agency in their area with questions or to request the vaccine.
“Recently, I was able to accompany members of our Section for Disease Prevention to the National Viral Hepatitis Planning Meeting in Atlanta to glean information from other states’ communicable disease programs,” said Dr. Randall Williams, director of the Missouri Department of Health and Senior Services. “One notable state we heard from was Tennessee—a state comparable in size to Missouri—which is experiencing an even more severe outbreak. We are grateful to have their insight and perspective on this issue. Their experience has allowed us to be more prepared for this potential situation and work to prevent this type of contagious outbreak to spread further.”
Hepatitis A is a viral infection of the liver that can cause loss of appetite, nausea, tiredness, fever, stomach pain, brown colored urine, and light colored stools. Yellowing of the skin or eyes might also occur. People can become ill up to 7 weeks after being exposed to the virus. If you think you have symptoms of hepatitis A, you should contact your healthcare provider.
Hepatitis A usually spreads when a person unknowingly ingests the virus from objects, food, or drinks contaminated by small, undetected amounts of stool (poop) from an infected person. In addition to vaccination, careful hand washing with soap and water, including under the fingernails, after using the bathroom or changing diapers and before preparing or eating food can help prevent the spread of this disease.
For further information about hepatitis A, visit the DHSS website.

About the Missouri Department of Health and Senior Services: The department seeks to be the leader in protecting health and keeping people safe. More information about DHSS can be found at http://health.mo.gov or find us on Facebook and Twitter @HealthyLivingMo. 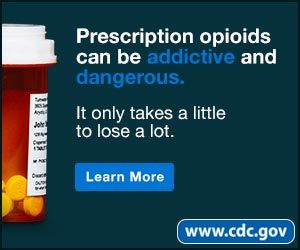